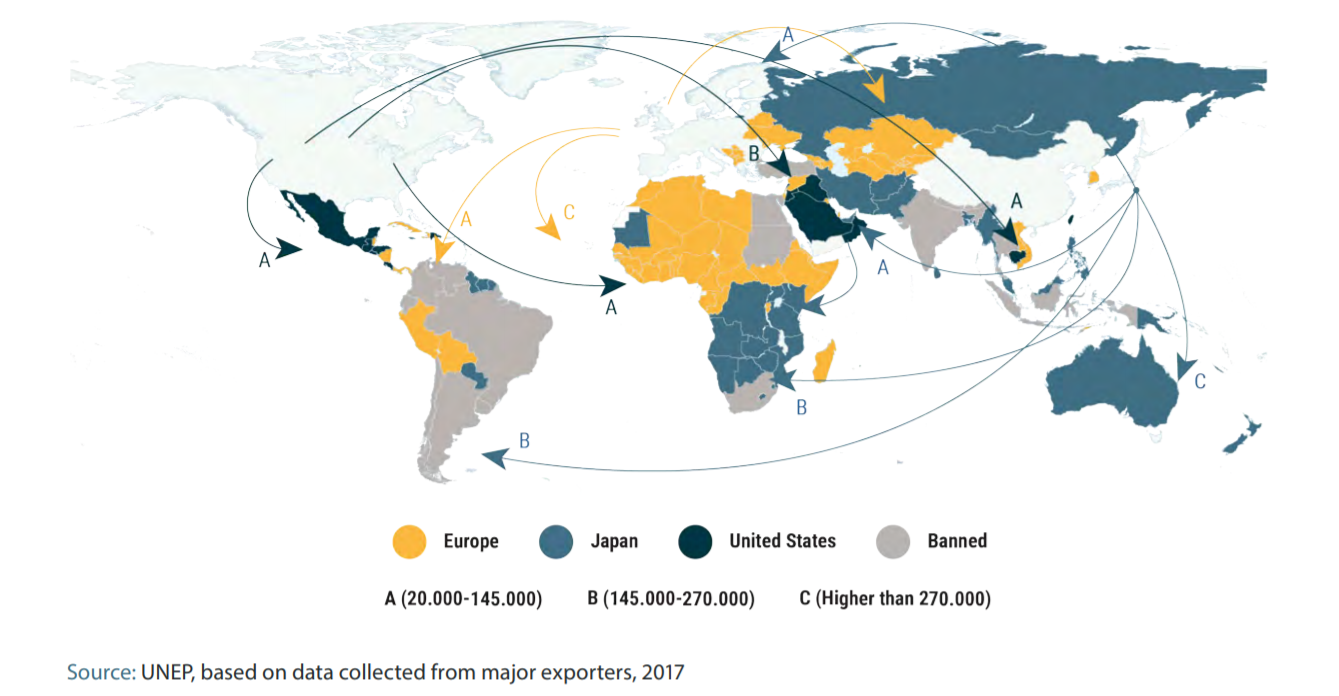 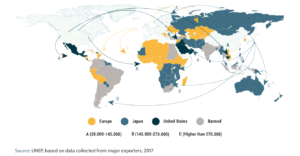 Nairobi, Kenya | 26 October 2020. According to the new report by the UN Environment Programme (UNEP), millions of used cars, vans and minibuses exported from Europe, the United States and Japan to the developing world are of poor quality, contributing significantly to air pollution and hindering efforts to mitigate the effects of climate change.

The fast-growing global vehicle fleet is a major contributor to air pollution and climate change; globally, the transport sector is responsible for nearly a quarter of energy-related global greenhouse gas emissions. Specifically, vehicle emissions are a significant source of the fine particulate matter (PM2.5) and nitrogen oxides (NOx) that are major causes of urban air pollution

This landmark, first-of-its-kind United Nations Environment Programme (UNEP) report, based on an in-depth analysis of 146 countries between 2015 and 2018, highlights that 14 million used light-duty vehicles were exported worldwide. Some 80% went to low- and middle-income countries:  African countries imported the largest number of used vehicles (40%) in the period studied, followed by countries in Eastern Europe (24%), Asia-Pacific (15%), the Middle East (12%) and Latin America (9%).

The report found out that some two-thirds of them have ‘weak’ or ‘very weak’ policies to regulate the import of used vehicles. Poor quality used vehicles also lead to more road accidents. According to the report, many of the countries with “very weak” or “weak” used vehicles regulations, also have very high road traffic death rates.

However, it also shows that where countries have implemented measures to govern the import of used vehicles – notably age and emissions standards – these give them to access high-quality used vehicles, including hybrid and electric cars, at affordable prices. Countries that have introduced used vehicles regulations also see safer fleets and fewer accidents.

UNEP calls for action to regulate the trade through the adoption of a set of harmonized minimum quality standards. These would ensure used vehicles contribute to cleaner and safer fleets in recipient countries.

About the UN Environment Programme (UNEP)

UNEP is the leading global voice on the environment. It provides leadership and encourages partnership in caring for the environment by inspiring, informing, and enabling nations and peoples to improve their quality of life without compromising that of future generations.