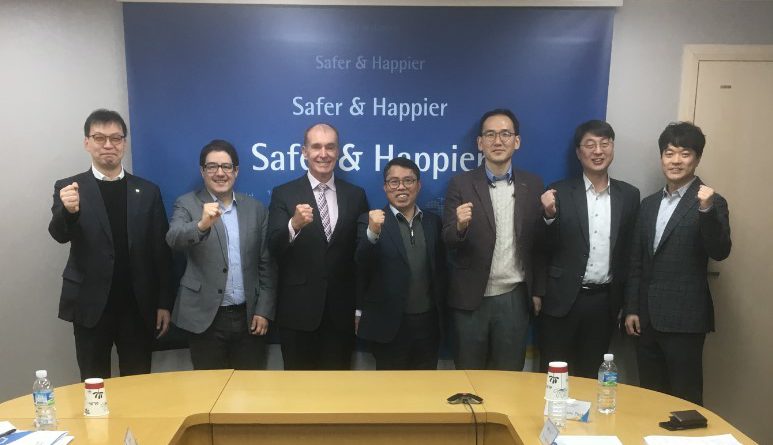 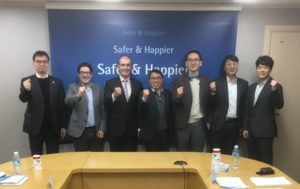 The Head of GRSF – World Bank -Mr. Dr. Soames Job and the CITA RAG AA Chairperson Mr. Yongdal Kim – KOTSA – had a meeting in Seoul, S. Korea last December the 5th. The purpose of the visit was to discuss the enhancement for road safety of low and middle-income countries (LMICs) in Asia.

The Global Road Safety Facility (GRSF), a global partnership program administered by the World Bank, was established in 2006 with a mission of helping address the growing crisis of road traffic deaths and injuries in LMICs.

Last October, CITA and the World Bank’s GRSF decided to renew their collaboration in Cameroon after the successful first AVIS pilot project Togo. AVIS (Assessment of Vehicle Inspection Systems) aims to diagnosis the current status of vehicle inspection, and CITA was also one of 16 partners of the project “Safer Africa” which has been done with the European Union and World Bank. To enhance the road safety in the Asia regions, GRSF expects CITA and KOTSA to have a key role in widespread the relatively new successful exemplars as follow: