Changes in the CITA Bureau Permanent

Changes in the CITA Bureau Permanent 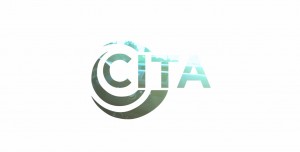 Munich, Germany | 20 May 2019. During last CITA Bureau Permanent meeting Mr. Mike Walsh resigned as BP member: “Due to a change of role with my employer DEKRA, I regretfully must stand down from my position as a Bureau Permanent (BP) member of CITA. It has been an honour and privilege for me to serve CITA on the BP. The organisation is in strong shape and is making a valuable contribution to improving road safety globally. My best wishes and thanks to the CITA BP, Secretariat and all Members“.

Mr. Wash have been replaced by Mr Nicolas Bouvier, who is now part of the BP as an observer, until the next CITA General Assembly in June 2021.

Mr Nicolas Bouvier is the Executive Vice President of the Vehicle Inspection Division in DEKRA. He was previously the CEO of DEKRA Automotive SAS, in charge of all the automotive activities of DEKRA in France, Spain, Portugal and Morocco. He has been involved in lobbying activities in these countries and with national professional associations since his early days in DEKRA, in the recent years also with CITA, and as the division head, he is now steering the vehicle inspection lobbying strategy within DEKRA.

CITA would like thanks Mike for his precious work within the organization, and wishes good work to Nicolas.